The profile of a knife can tell us a lot about a blade’s specific strengths and can also give information about culture, utility, and history of the knife you carry. Many different knife blade designs are being used and made in the knife industry, and I have included excerpts on the critical type of knife blades. 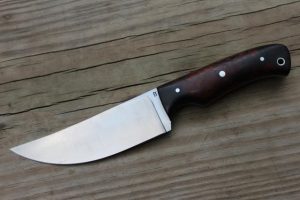 A trailing point blade has a substantially curved edge that curves upward to meet the side which forms the tip of the blade. The name “trailing point” comes because the tip is founder higher than the handle.  The curve of this blade allows for a greater surface area of the edge (called a ‘belly’) which aids in slicing, slashing and making long, even cuts. The trailing point blades provide a large surface area (“belly”) and are optimized for skinning or slicing. This type of blade is most commonly found on fillet and slashing knives. Its large surface area combined with its thin tip makes it ideal for cutting fish and other small wildlife. 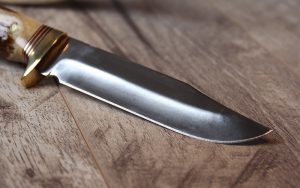 A clip point blade is one of the most popular blade types in use today. The unsharpened edge of the knife runs straight from the handle and stops about halfway up the knife. The “clipped” section of the blade can be either concave or straight and may even possess a false edge on the spine which can be sharpened after it curves and continues to the end of the knife. This area is referred to the “clip” and it can be either straight or curved. This blade profile forms a much more delicate, needle-like tip to the blade which in turn makes it perfect for cutting/slicing or piercing in tight spots.  Clip point blades are very popular and can be found on a range of knives with substantial appearances on pocket knives and fixed blade knives with specific popularity on bowie knives.  A great example of a clip point blade is the American Bowie. 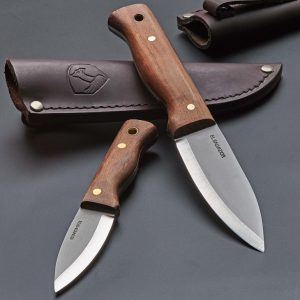 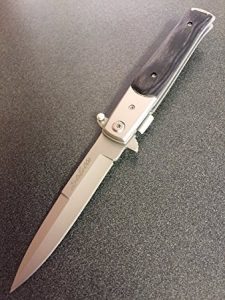 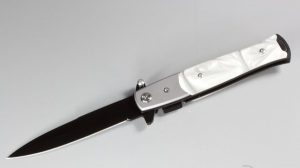 The needlepoint blade is a variation of the spear point blade, but instead, the symmetrical blade tapers significantly to form a needle-like tip.  Some examples of needlepoint blades include the Arkansas Toothpick and stilettos. 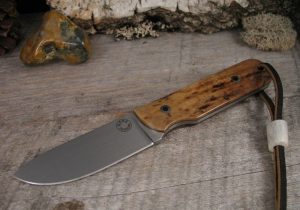 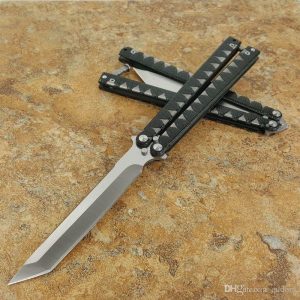 This type of blade follows the tradition of Japanese swords and daggers. It is a tanto style blade which is also sometimes referred to as a chisel point blade. It is a single edge blade with a  straight spine and a primarily straight edge until it approaches close to the tip of the blade where the side angles upward to meet the spine at a  slightly convex angle. This produces a solid tip to the blade due to the blade thickness present at the tip, but this slightly decreases its effectiveness for use in piercing.  One downside of this type of blade is that they can be difficult to sharpen due to the angle presented at the tip of the blade. 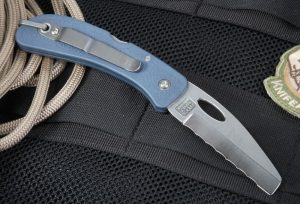 Sheepsfoot blades have a completely straight edge with a spine that convenes down to form the tip of the blade. This design produces a very safe knife with nothing to actually to pierce with.  This blade was initially made to trim the hooves on sheep, hence the name. Now the sheepsfoot blade is commonly used for excellent work such as woodcarving or even electrical work.  Sheepsfoot blades also have a long history of being used on ships to cut ropes because it reduces the chance of accidentally stabbing yourself when the ship rocks. This blade is the perfect blade type for teaching wood carving, knife skills for children/newbies and knife sharpening. 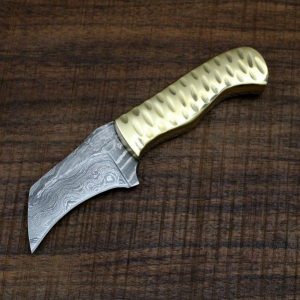 A hawkbill style blade merely is a blade that has a concave cutting edge and a claw-like shape.  These blades are ideal for cutting and carving, especially for long cuts like when installing linoleum or carpet. The shape of the blade and cutting edge allows you to grab material easily with the hawkbill and dramatically reduces the risk of accidentally stabbing yourself. In the past, they have been used as a slashing weapon in eastern cultures.  The Hawkbill has now found its resurrection with it is now used as a defensive tool with modern tactical/fighting knives.

Although there are many, many different knife blade designs out there today, these nine blade types cover the most common blade profile types you will find on the market today.  These classic profiles are utilized worldwide, and their uses greatly depend on the wielder of the knife.  I suggest that you see what knife feels the most comfortable for you and fulfills your purposes. The knife you carry is a personal decision, and so only you can determine what blade type you prefer. Stay an Edge above the Rest!