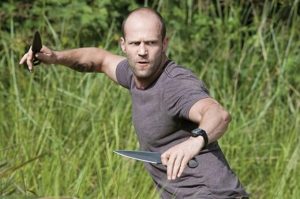 When I first heard about ‘knife-throwing’ as a sport, I was astonished at how such a simple task is termed as a separate sport altogether. One day, I asked my friend, who is a pro in knife throwing, “how hard can knife throw be? All one needs to do is take the knife, aim and throw it with all the power towards the target”? In the next few minutes, I was proved entirely wrong when my friend handed over me the knife and asked me to try it for myself.

What is Knife Throwing?

Knife throwing can be termed as a sport or just an entertaining activity with one person throwing knives on a specified target from a set distance. No matter how uncomplicated and straightforward it might seem, knife throwing is a skill in itself which takes into account various factors such as speed, accuracy, distance, number of rotations and placement of body. Knife throwing has become a favorite sport especially in USA and UK where people have formed groups to hold competitions and events in addition to sharing knowledge, comparing performances and enjoying the overall sociable atmosphere.

There are three different types of knives that can be used:

Though most of the pros use the latter if one is in early stages of learning the art of knife throwing, it is advisable to use either of the first two knives because of their shorter learning curve.

How to Grip a Throwing Knife?

Before holding the knife, always remember that the more substantial part of knife needs to be thrown first. So, if you are using a blade-heavy knife, the right way of holding it by the handle so that the blade (more massive part) gets thrown first. Similarly, for handle-heavy knives, the correct method to carry the knife is by the blade for the handle (enormous part) to be released early.

Perhaps the most common way of holding a knife is where the thumb is on the side of a knife, and the release of the knife makes blade vertical to the target. Although this method is commonly used as it comes very naturally to beginners, this might necessarily not be the right approach as the thumb, at the time of release, might tremble to result in an off-target throw. A better way to hold the knife is to place the index, middle and ring fingers on the very center of handle/blade and thumb on the center of another side of handle/blade. Using this approach would leave the little finger just hanging off in the air from the end.  Look at the below images for visual clarification of the positions of your fingers and thumb:

Having to select the most appropriate knife and learning the right way to hold a knife is just the start. The most vital stage of throwing knife is to throw it in a manner that takes into account factors such as distance to target, body position, the speed of throw, release point and the follow through.

Follow the below step by step guide for a successful throw:

1. First, take five steps away from the target, draw a line there and stand a step behind the line.

2. Take a further step behind at an angle of 45 degrees to your left, so that your weaker shoulder (left, in case you are right-handed) faces the target (look at the image below for visual clarity). Now, the line should be two steps from you which should give you all the momentum and force you need to throw the knife with maximum power.

3. Once you are all set to throw, step towards the throw line with your front foot and throw the knife as hard as you can. Imagine yourself playing baseball and throw the knife just as would you pitch the baseball with all power of your hand (look at the image below for visual clarity).

4. The most critical stage of a successful throw is where you release the knife, called the release point, which should ideally be when your arm is fully extended towards the target, i.e. when the arm is straight in front of you. Once your arm gets into the release position, open your hand and let go of the knife naturally. During my early days of knife throwing, this is the step where I struggled the most as releasing the knife a second quicker or later from the ideal moment caused my knife to swirl in the air more or less than needed.

5. The last step to complete a successful throw, follow through of your hand and body, is as important as previous steps. By the time you are done with the throw, both your body and hand would be in a slightly inclined forward position. All you need to do now is to let the weight of your body transfer smoothly forward and let this transfer of movement stop gradually rather than coming to a halt abruptly (look at the images below for visual clarity). This marks the end of your throw.

When I first started knife throwing, I always wanted to do it correctly without any modifications to what I had watched online because I thought that changing technique even slightly would result in undesirable results. However, I realized that I could modify my procedure regarding speed or positioning of knife gradually to improve my throw.

Therefore, no matter how much articles you read or watch countless videos to learn the art of knife throwing, there is no substitute for self-practice. Also, knife throwing is an art that each person develops himself, amending his technique over the period albeit following the above basic guidelines. So, the more you practice, the better your throws will get as you will be able to self-adjust your speed, body positioning, distance to target and grip of a knife to make this sport work better for you.