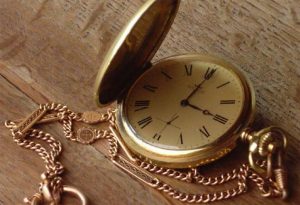 “Hey man, what time is it,” a sentence most of us hear every day while walking on the streets or while browsing shopping items in a superstore. Keeping track of time has never been easier as you see every other person wearing a wristwatch, with ranges and prices varying from one extreme to another. In a few cases, the cost of a wristwatch worn by a wealthy man might be more than the entire monthly budget of a middle-class income person. Such is the perception of wearing branded and high priced watches developed over the years. But was this always the case? Were watches always meant to be a status symbol rather than a time telling device? Let us take a look at a brief history of how watches evolved over the years.

These days, meticulously crafted and highly detailed wrist watches have become more than just time-telling devices. They are a bold fashion statement; a quality investment passed down through generations and a reflection of good taste and culture. Also, the wide availability of phones and tablets (both can fulfill the primary purpose of a watch) means that wrist watches have now become as much a symbol of status as something to tell time.

However, if we look at the history of watches, we are inclined to believe that the concept of a watch was not familiar until the 16th century when Peter Henlein, a German locksmith, invented the first watch. This watch worked as a mechanical device, supported by a mainspring and balance wheels to support its functionality. Another 500 years passed by and further models were invented which were simple minor modifications to the same mechanical model used by Henlein. However, the real transformation came in the 20th century when ‘quartz’ watches were introduced which ran on electricity and kept time with electromagnetic pulses.

Talking specifically about the history of wristwatches, it dates back to 16th century when Robert Dudley, 1st Earl of Leicester, gifted an ‘arm watch’ to Elizabeth 1 of England. However, other studies name Patek Philipe as the creator of the first wristwatch in 1868. No matter which study you rely on, a common phenomenon regarding wrist watches is the fact that it was not until early 20th century when men first started wearing wristwatches because until then they were viewed as only a feminine accessory. Many men were quoted as saying that ‘they would rather wear a skirt than a wristwatch’, which highlights how disdained they felt about the concept of wearing a wristwatch.

So, how did the men eventually accept the concept of wearing a watch over their arm? The idea of men wearing a wristwatch did not develop out of fashion or a cultural trend. The need for men to keep track of time first emerged in the battlefield when Constant Girard developed a concept of wrist watches for German naval officers and manufactured 2,000 wrist watches in 1880. Since pocket watches were bulky and carrying them interfered with battle activities for the soldiers, wristwatches were distributed to officers, and this marked the first significant commercialization of wrist watches as people started to get rid of their perception of this being a feminine accessory. A few years later, Louis Cartier developed what was known as ‘Santos’ wristwatches in response to Alberto Santos’ (a pilot) demand of being able to allow him to keep track of time while holding both hands on the control during the flight.

Time moved on and came the era of World War I where soldiers of the Allied troops were equipped with the range of models of wristwatches, often termed as military watches, to facilitate time keeping without using their hands, to maintain their focus on battleground activities. Though these watches were large and had the crown at 12 o’clock position just like a pocket watch, the use of these watches quickly made pocket watches out of fashion. By 1930, over a decade after the end of World War I, public perception had changed, and the use of wristwatches increased dramatically with only one pocket watch to be seen for every 50 wristwatches. The purpose of wrist watches during this era also provided opportunities for various companies to explore this market and one of these companies did it pretty well: Wilsdorf & Davis Ltd, which was founded in 1905 and was later renamed to the famous ‘The Rolex Watch’ in 1915, a brand that probably comes first to our mind even now when thinking of watches.

In the final years of the war, numerous models came to light as companies competed for more on design and features to not only improve the appearance, feel and comfort of watches but also to enhance the resistance of watch against dust and water. The elements kept growing until 1926 when Rolex introduced the first ever version of a waterproof wristwatch, the Oyster. Later in 1957, different models of electronic watches were introduced which ran on an electrically powered mechanism and were much more advanced than the previous versions available.

To sum it up, the journey of watches has seen eras where these were scarce and used limitedly by women to periods where more and more people started appreciating the concept of watches. Currently, the widespread availability of watches caters to needs and demands of every single individual. What was created out of necessity has transformed into a status symbol with few watches now worth thousands and millions of dollars?